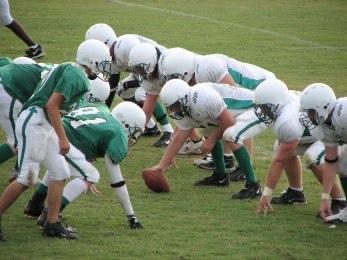 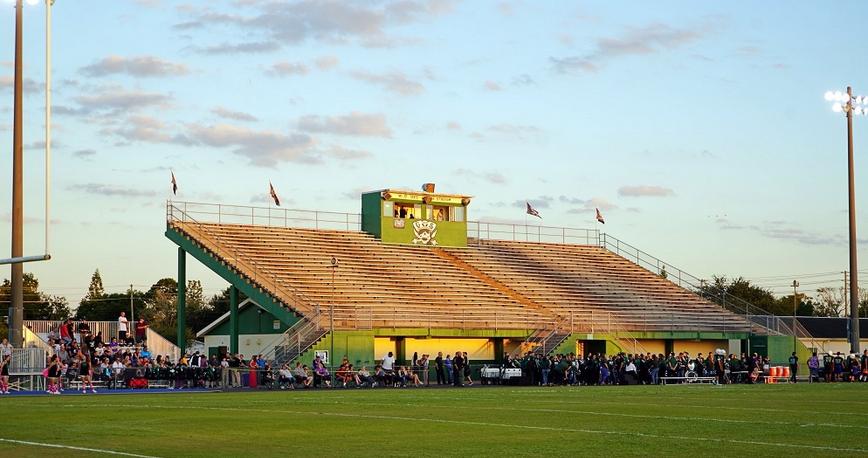 NEW PORT RICHEY- On Monday afternoon, Gulf athletic director Bruno Buonsanto announced in a single tweet on Twitter that the Buccaneers would be forfeiting their final three games against Wesley Chapel, Zephyrhills and Cypress Creek.

"Gulf High is canceling the remainder of our football season due to injuries the past few weeks. Our roster numbers are not sufficient enough to safely field a team. This was hard decision but the safety of our kids always comes 1st," Buonsanto said in the tweet Monday afternoon.

On this same date just over 10 years ago, the Buccaneers were in the midst of a 6-game winning streak and had just defeated Sunlake 43-2 en route to Gulf High School’s second playoff appearance in program history.

Gulf High’s football program is hoping for a boost from Gulf Middle School’s football team, which is currently enjoying an undefeated season at 5-0 with two games to go. The middle school Bucs are on pace to potentially finish the season at 7-0, but one has to wonder if the players will follow in the footsteps of the past.

Formerly known as the Bears, football players that played at Gulf Middle School would generally follow suit by playing their high school ball at Gulf High School. With Gulf shutting down the program for the remainder of the 2019 campaign, more questions now arise about the viability of the football team moving ahead.

Pasco County athletic director Matt Wicks said this week the Buccaneers would return to playing a varsity schedule in 2020, but some would argue the team should look into taking part in playing as an independent or a junior varsity schedule. Going the independent route has one proven path by a nearby team, with Dunedin High School snapping a 43-game losing streak as a result and have won four games this 2019 season.

Why such turnover at the head coaching position? Many locals have voiced that football has never been very popular at Gulf High School. With a school that has seen many exciting times, including three playoff appearances, it would be hard to argue that football is at the bottom of the totem pole when it comes to athletics at the school. 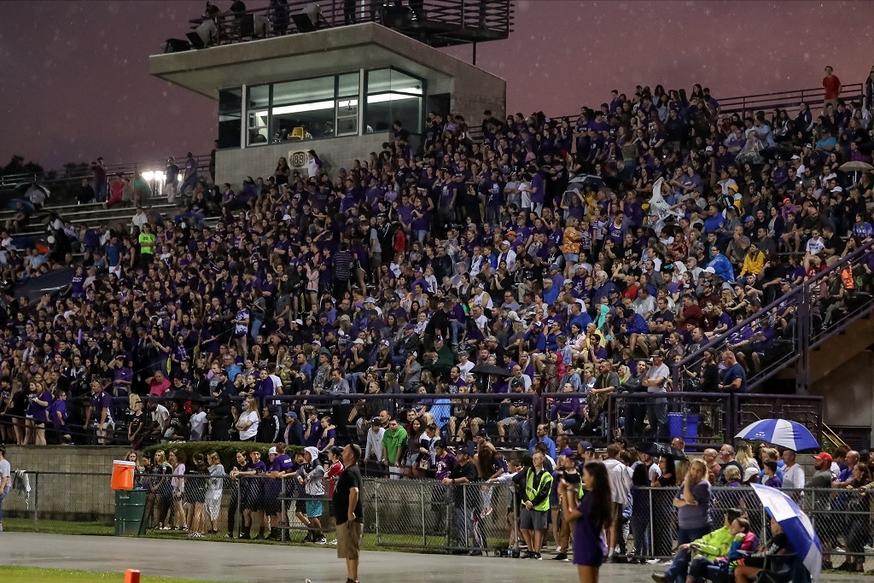 Former defensive tackle Leon Orr, who has starred for the NFL’s Miami Dolphins and Oakland Raiders, had his uniform number retired by the school in a halftime ceremony. His number was briefly hung up at the top of the press box area at Des Little Stadium, but in recent pictures of the facility, his No. 44 is no longer seen at the top of the bleachers.

Players like Voss, Golden, Burr, Orr and Keshaun Peters, whom all except one played football at the collegiate level, prove the notion that talented football players don’t reside out of the neighboring areas surrounding Gulf High School is a hard one to agree with.

Even to recent memory, Gulf enjoyed a successful 2014 season under the watch of Messamore, who is now the head coach at Anclote High School, in which the Buccaneers finished 8-3 and narrowly lost in the postseason to St. Petersburg Lakewood team. That has been the one off, however, since the 2010 season as Gulf has suffered four winless seasons in the last nine years and haven’t finished over the .500 mark (for the exception of 2014, 8-3) since 2010 (7-3).

The ever changing climate of prep football on the west side of Pasco County has also played a factor into Gulf’s demise, as neighboring schools River Ridge High School and J.W. Mitchell High School have flourished in recent memory, both are considered New Port Richey-based public schools.

The Royal Knights have reached the playoffs four times between the years of 2011 and 2018, winning three district championships in the process. Over at Mitchell, the Mustangs have won four district championships between the time frame of 2011 and 2018, with five playoff appearances. From 1991 to 2010, the Royal Knights and Mustangs combined for six playoff appearances total.

Yes, Gulf has only been able to finish above the .500 mark 17 times since 1930, but to say the program has always lacked in football acumen, talent might be a stretch or an excuse to lay your argument upon on why the Buccaneers have reached such depths. To blame one single person, however, would seem to be unfair as well. Community members, former players and alumni are voicing via social media their dismay for the program shutting down and for answers in solving the current predicament.

The final result of this ill-fated voyage of the 2019 season for Gulf can only be the result of a combination of things, from player participation to coaching hires to community interest in the program. All the aforementioned issues at one point were not problems in the program, but all three now sit at the forefront of the classroom.

Maybe all the problems will be figured out. Maybe they won’t. Maybe the finger pointing at who’s fault the program’s demise might’ve fallen upon will stop, but solutions have to be found or a football program coming upon Year 90 of fielding a team is in potential danger of becoming non-existent. 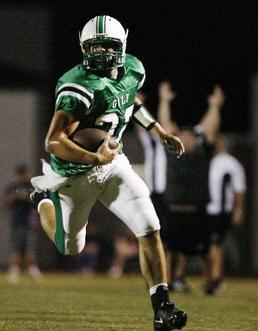 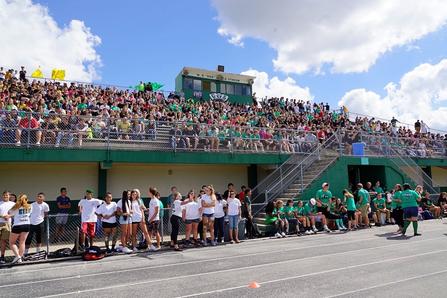 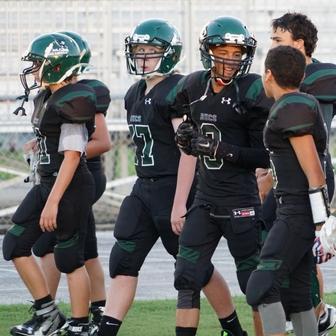 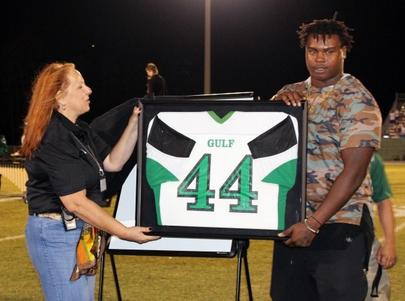 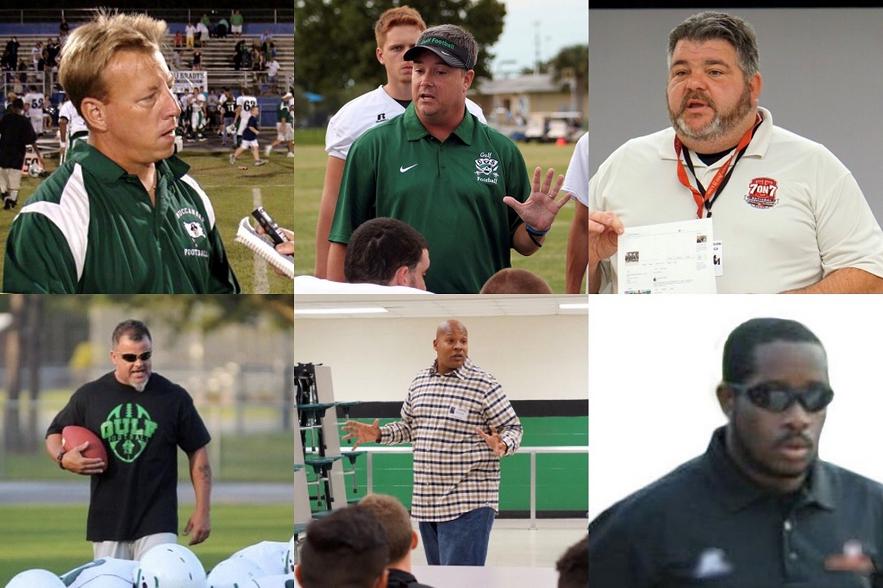 To understand where Gulf’s program once was to how it’s reached the depths of not being able to field a team for the final three games of a regular season reach much deeper than a recent bad skid of records.

A downtrodden program for much of its 89-year recorded existence of participating in the game of American football, the Buccaneers started to make some of its best strides in the early 2000’s. Gulf in 2003 under the watch of then head coach Keith Newton guiding the Buccaneers to a promising 5-5 record, one that for a school that was used to finishing perennially 2-8, 3-7, was thrilled about getting to the .500 mark.

Enter the era of talent influx of into the school and the presence of quarterback Alton Voss. The dual-threat signal caller was a sign of hope at Gulf that not many had expected throughout Pasco County, as Voss ended up flourishing in his junior and senior seasons under the direction of Jay Fulmer. The Buccaneers began to enter an era of where they would go 37-26 between the years of 2005 and 2010. 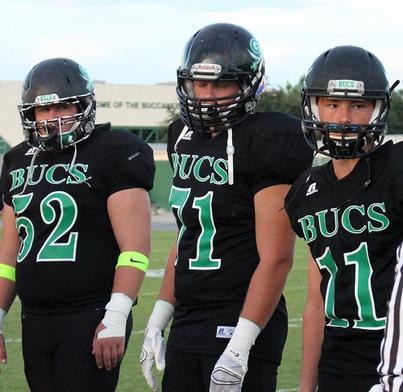 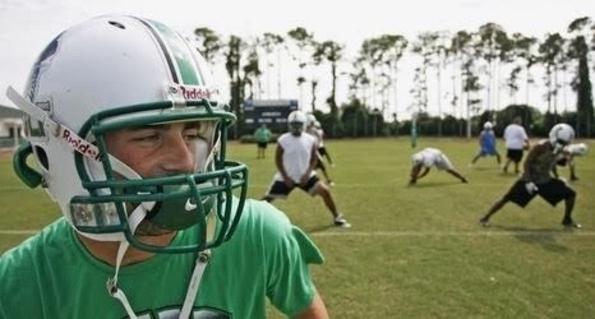 One could make the claim then that maybe it was just that era of Voss playing was the best days Gulf might ever see. Enter continuous talent continuing to find its way through the hallways at Gulf High School. A new signal caller with similar talents, Madison Burr, took the reigns and guided Gulf to a record of 20-12 during his three years as a starting quarterback and combined with talent of running back Adrian ‘Bubba’ Golden in 2008, the Buccaneers were able to reach the region semifinals in the Class 3A playoffs.

An injury to Burr after the Buccaneers’ notched the school’s lone playoff victory in program history (49-35 win over St. Cloud) derailed Gulf’s postseason run, ending in a 50-0 loss to Pasco. Success through the time continued for the next two seasons at Gulf, with the Buccaneers finishing with respectable records of 6-4 and 7-3. After the 2010 season is when Gulf began to revert back to a level of dormant status that the school had quite never seen the likes of.

What exactly has happened to Gulf High School’s football program?

Fast forward to present day and many opinions have overflowed the social media airwaves of why Gulf is in the current predicament it’s in right now. From kids grades, participation and the growing fear of CTE maybe being potential results of numbers declining over the years to the continued turnover at the head coaching position in the last decade, one thing can be agreed upon is change has to happen.

Another question, not being asked by many: What has exactly happened to Gulf’s football program?