NEW PORT RICHEY- Nothing better when it comes down to Pasco County district rivalry between River Ridge and Zephyrhills.

​The rivalry between the two schools has brought out  the best out of the programs. Heck, the winner of the matchup between the Bulldogs and Royal Knights has decided who will win a district championship the last four years and this 2019 edition will play the same role as in years past. 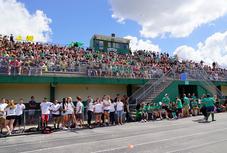 The best of Pasco County against the best of Hillsborough County. Not your everyday matchup that happens annually, but because of the re-districting by the FHSAA we get to see that very head to head battle take place.

What exactly has happened to Gulf High School’s football program? 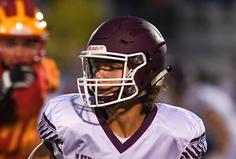 NEW PORT RICHEY- On Monday afternoon, Gulf athletic director Bruno Buonsanto announced in a single tweet on Twitter that the Buccaneers would be forfeiting their final three games against Wesley Chapel, Zephyrhills and Cypress Creek.

"Gulf High is canceling the remainder of our football season due to injuries the past few weeks. Our roster numbers are not sufficient enough to safely field a team. This was hard decision but the safety of our kids always comes 1st," Buonsanto said in the tweet Monday afternoon.
​

Quarterback play throughout Pasco County has been impressive through five games and we take a closer look at some of the signal callers that have been having solid seasons.
​

With the 2019 prep football season in full swing, there’s 15 schools in Pasco County that play 11-man football and each one provides a unique experience for home games. From Anclote to Zephryhills, we take a closer look at each of the venues in Pasco County and give you brief insight on game day experiences at each stadium.

TRINITY- If Friday night’s contest between Mitchell and Bradenton Manatee has any indication of what the future looks like for the Mustangs, just consider it to be a very bright one for a program that’s on the up and up.

Despite heading into the game not having seen an opponent like the caliber of a Bradenton Manatee, Mitchell was more than ready to stand up to the challenge. The Mustangs took an early 7-0 lead before the Hurricanes scored three unanswered touchdowns en route to defeating Mitchell 31-28 at Mustang Stadium.

The loss for Mitchell marks the end of the Pasco County prep football season, as the Mustangs finish out at 10-2, winning another district championship but falling just short of reaching the region quarterfinal. Manatee will host Venice, whom defeated Palm Beach Lakes, in the region final.